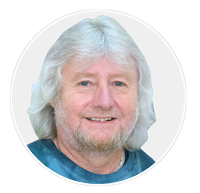 With heavy hearts, we announce the passing of our beloved colleague, Jochen Buschmann, PhD. Our thoughts and prayers are with Jochen’s family. We
offer them our condolences.

Dr. Buschmann was an active member of the Expert Panel for Fragrance Safety, having joined in May 2016. His expertise in reproductive toxicology, his thoughtful approach, and his generosity of spirit helped nurture a culture of collaboration and innovation guided by the highest scientific and
ethical standards.

Dr. Buschmann’s extensive experience and guidance had an immeasurable impact on the safety assessment and research work of the Research Institute for Fragrance Materials (RIFM).

Expert Panel Vice Chair, Maria L.Z. Dagli, PhD, noted Dr. Buschmann’s profound impact on her work and that of her colleagues: “As an Expert Panel member, I was able to interact on many occasions with Jochen and witness his highly ethical and scientific positions that contributed a lot to resolve controversial points in our discussions on reproductive toxicology. Certainly, his expertise and kindness will be sorely missed.”

Dr. Buschmann joined the Expert Panel when he was the Head of Reproductive Toxicology and Deputy Director of the Division of Toxicology and Environmental Hygiene at the Fraunhofer Institute for Toxicology and Experimental Medicine in Hannover, Germany. After he retired in 2017, Dr. Buschmann continued in his role here as an Independent Consultant.

“Jochen’s intellectual prowess was matched only by his unassuming manner,” recalled Expert Panel Chair, Don Belsito, MD. “He was a deeply thoughtful, ethical and devoted member of the Panel. He was not only a master of reproductive and developmental toxicity but had an incredibly broad knowledge that contributed to the Panel’s assessment of other toxicologic end points. While a man of few words, he strongly made his position known when he detected any signals that a fragrance material might be of concern and outlined sound scientific means to address and resolve these issues. As Chair of the Expert Panel, I am certain that I speak for all its members when I say that Jochen will be sorely missed for his intellect, as well as his camaraderie. His tragic passing has touched us all. We send our heartfelt condolences to his family, especially his wife Saw.”

Born in 1956 in Zschopau, Germany, Dr. Buschmann graduated in 1980 from the Faculty of Biology, Chișinău University, Moldova. Dr. Buschmann established the Reproductive Toxicology Group in 1980 while working for the Institute of Plant Protection. In 1985 he received his PhD. Dr. Buschmann’s doctoral dissertation was entitled “Prenatal toxicity of agrochemicals: experimental studies including parameters of behavioral teratology.” In 1988 he finished his postgraduate study in toxicology as a Board Certified Toxicologist. From 1987 to 1990, he was Head of the Department of Experimental Toxicology, Institute of Plant Protection Research in Kleinmachnow, Germany. In 1990 he became the Deputy Director of the Division of Toxicology at the same Institute.

Dr. Buschmann was one of the cofounders of the German Reprotox Working Group. He was a European Teratology Society (ETS) member beginning in 1991 and was ETS President from 2004-2007.